Yes, sophomores were invested in this election 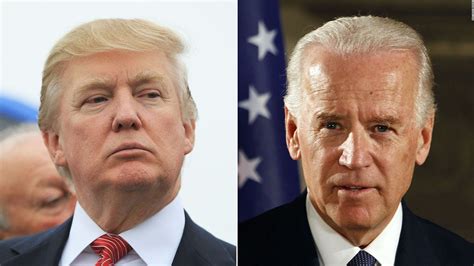 It seems every election cycle we hear that this one will be the most important in our country’s history. With our country seemingly divided on every issue, this election was no different. Although it is pretty clear that Joe Biden will be our next president, I wanted to see what sophomores thought about the election issues.

I ran a poll, inquiring about the political values and involvement. I got over 130 responses. While not the whole sophomore class, it is more than 10%, a good enough sample. So let’s look at the results!

Likely the most important issue that arose from this election was the presidential candidates. The two most important were the Republican nominee, President Donald Trump, and Democratic nominee former Vice-President Joe Biden. From my survey, 65.9% of students said they most supported Biden to be president. Many said that they supported him because they believed that the Trump administration’s response to the COVID-19 pandemic was inadequate. Biden would handle it better, among other reasons.

Sophomore student, Aimeé, said about Biden, “He’s a nice split between left and right values, which is good for having a transition from the current president. He brings up fair points about taxes, women’s rights, economics, the pandemic, and so many other things. I believe that if he’s elected would be able to accomplish so many things.”

Of the 13.3% of students who said they supported Trump, they all had different reasons. “His views most align with my own. I do not think of Trump as the ideal Republican candidate. However, I am strongly against proposed tax hikes, which may be implemented with Joe Biden in the office,” said a sophomore who wished to remain anonymous. Only 5.9% of respondents said they did not have an opinion on who they wanted to win. For the two third party candidates, Jo Jergensen of the Libertarian party had 3.0% of students, and Howie Hawkins from the Green Party had 0.7%.

A similar theme among all of the students’ responses came down to hating the other options more. American politics has become more and more polarized. It was evident in looking through the answers that most people despised the opposite candidate or despised both so much that they wanted a third party.

Where we stood on the issues

In my survey, I asked the students to rank twelve of the most important issues of this election on a scale of one to five, with one being the least important, five being most important. I averaged each of the results for all the issues.

The highest-ranked was for the COVID-19 outbreak, with a ranking of 4.68. Many students are worried about the current pandemic, how we as a nation will get through it, and the long-term effects. The second-highest issue concerned race and ethnic inequality. The lowest-interest issue was the Supreme Court nominee, with a rank of only 3.77. The ranking may be because the survey was distributed after Justice Amy Coney Barrett had already been confirmed. But, for those who ranked the Supreme Court replacement high, many talked about the possibility of Roe v. Wade and Obergefell v. Hodges being overturned.

When asked about any other important issues, the most frequent response students wrote in were LGBTQ+ rights, along with gender equality, student debt, and mental health. 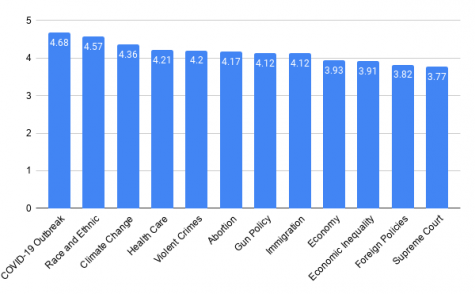 Involvement in this election, whether you made calls to undecided voters or looked up each candidate’s political platform, was essential to being an involved citizen. One of the easiest ways to participate was through voting, but since none of the sophomores could vote, they had to find other ways to engage. One of the most popular responses to how the students were involved was simply watching the presidential debates. This was an easy way to see how the candidates reacted to questions and get their views on important issues.

Students also talked about how they educated themselves on the candidates and kept up with current events. They went to the candidates’ websites and looked at their past actions. They knew it was important to make an educated decision.

Many of the students stated that even though they could not vote, they talked to others about voting. They spoke to people about their voting plans. They had discussions about whom to vote for. They showed support for candidates by donating or putting a sign outside their houses.

In almost every response I got, students said they did not like the United States’ current political climate. It is very tense, with people from opposing parties automatically dismissing one another because of their views. Many kids said they are worried about our government’s current state, many feeling uncertain about those in power and how the system functions. Many of the survey respondents said that these concerns were mainly because of the two-party system. It always seems that one side of the aisle is painting the other to be the villains.

Julia, one of the students who took my survey, said, “People are associating Republicans as the bad guys, but there is a difference between a republican and a conservative. Conservatives are more extreme… My father is a Republican, he believes in pro-choice, he believes in LGBTQ rights, he believes in racial equality, for immigration to be easier, etc. He is only Republican because of how he views the economy… I think people like to put labels on the political parties, but I think that there’s more to it.” What this speaks to is the complexity of party affiliations. Each party is looking at the opposition as immoral and wrong.

Another student that took my survey, Daniel, suggested a way to remedy many of our problems. “A far better way would be a multi-party system with each party getting as many seats as proportionally represented and get rid of this winner takes all electoral college system. It ends up with very different views in the government as its people, and about half of them aren’t represented each time.” He continued, “With a multi-party system, the parties would have to work together to pass anything, which means that they will have to compromise, and nobody is forced to choose between two people they don’t like.”