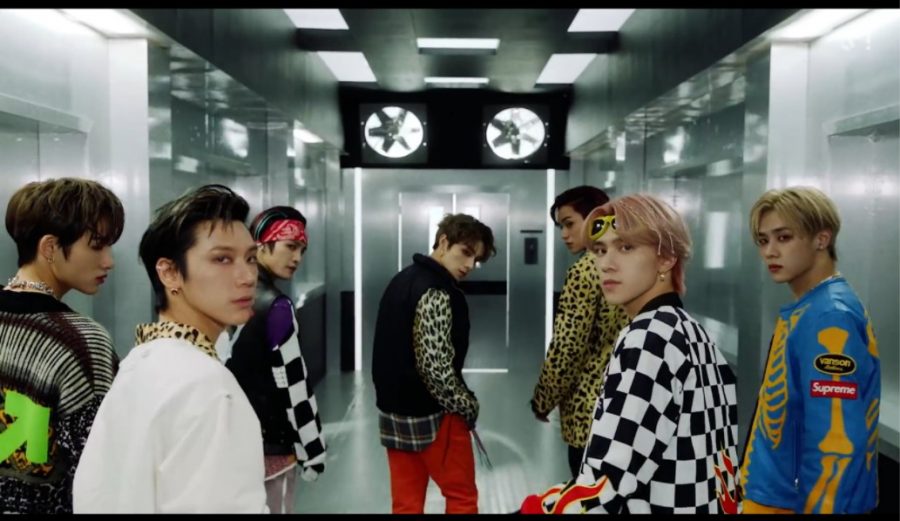 WayV in the video for "Kick Back," the title track on their new album (Courtesy of SMTOWN on Youtube)

On Mar. 10, Chinese and Korean pop boy band WayV released their 3rd mini-album “Kick Back” to immense success. A day after the album dropped, ‘Kick Back’ topped the Worldwide iTunes Album Chart at #1, respectively debuting at #2 on the American iTunes Album Chart.

Known for their dynamic tracks and power vocals, WayV certainly did not disappoint with ‘Kick Back’. “Kick Back” deals with many different themes, but having hope for a better future is the defining message of this album. Especially with the ongoing pandemic, we can all learn to stay hopeful, even when the future seems bleak and grim.

‘Kick Back’ contains five original songs in Mandarin and a Korean version of the title track, “Kick Back”. The mini-album is musically well-rounded, showcasing a wide variety of genres from hip hop and R&B to pop. In just a half-dozen tracks, each reviewed here, “Kick Back” will give WayV fans a lot to enjoy, while offering new listeners an introduction to the group’s vibrant sound.

Conveyed through an elaborate retro neon concept, “Kick Back” expresses a journey to finding freedom and learning to let go of the past in order to create a desired future. Previously, WayV has had space-themed title tracks (it might have to do with their motto, “We are your Vision”) and the pre-chorus and chorus continue to pay homage to their space concept, with impressively high vocals giving listeners a rising feeling, as if they’re in a rocketship themselves.

However, “Kick Back” differs from WayV’s previous title tracks in having the rap line lead the chorus, rather than the vocal line. In my opinion, it makes the song more addictive to listen to, being easier on the ears than successions of high notes, but not as catchy or memorable.

Where “Kick Back” lacks in catchiness, B-side “Action Figure” makes up for it. “Action Figure” is a song about how they aspire to be “action figures”, or a real-life representation of a comic book hero, to “give hopes and dreams to others, even though the reality is harsh,” according to WayV’s lead rapper Lucas.

Six out of seven WayV members voted “Action Figure” as their favorite song on the album, which is honestly unsurprising. “Action Figure” has it all: cool vocals, cool rap lines, and an even cooler, James Bond-esque dance to accompany the already tremendously cool concept of the song.

How ironic that the song most polar to “Action Figure” follows it on the tracklist! “Horizon” is a ballad, sung by main vocalists Ten, Kun, and Xiaojun. Moving violin instrumentals bridge similarities between the song and many sentimental anime/drama OSTs (original soundtracks). For a song about yearning for a long-distance lover, the beautiful instrumentals certainly make sense production-wise.

I’ll admit, while listening to this album, I’ve become a fan of WayV’s consistent power vocals. However, although I applaud them for trying out a new genre with “Horizon”, they’re trained pop singers, not traditional ballad singers, which can make the track’s vocals feel curt and abrupt at times. Still, I believe the MVP of this track is Xiaojun, whose golden vocals bring a positive and optimistic light to the start and end of the song.

“All For Love” is a trap and R&B song that describes the pain that transpires with getting over an ex-lover. “The lyrics say you should move on, putting your heartbreaking past behind,” explained main rapper Hendery.

Generally, I’m not a fan of R&B, but I enjoyed the song for its smooth and soulful vocals. Compared to the other tracks on ‘Kick Back’, I found “All For Love” mediocre, as the song doesn’t come off as strong and impactful as I believe the producers thought it would.

“Good Time” is introduced with bouncing piano chords, alluding to the pop nature of the song. A sweet and sentimental love song, it accompanies previous track “All For Love” well. I think “Good Time” is the perfect optimistic ending to an album filled with emotion, laced with cheerful lyrics such as “As long as we are together, every moment is filled with joy”. “Good Time” is my favorite track in this album, undoubtedly since I’m a huge sucker for happy endings.