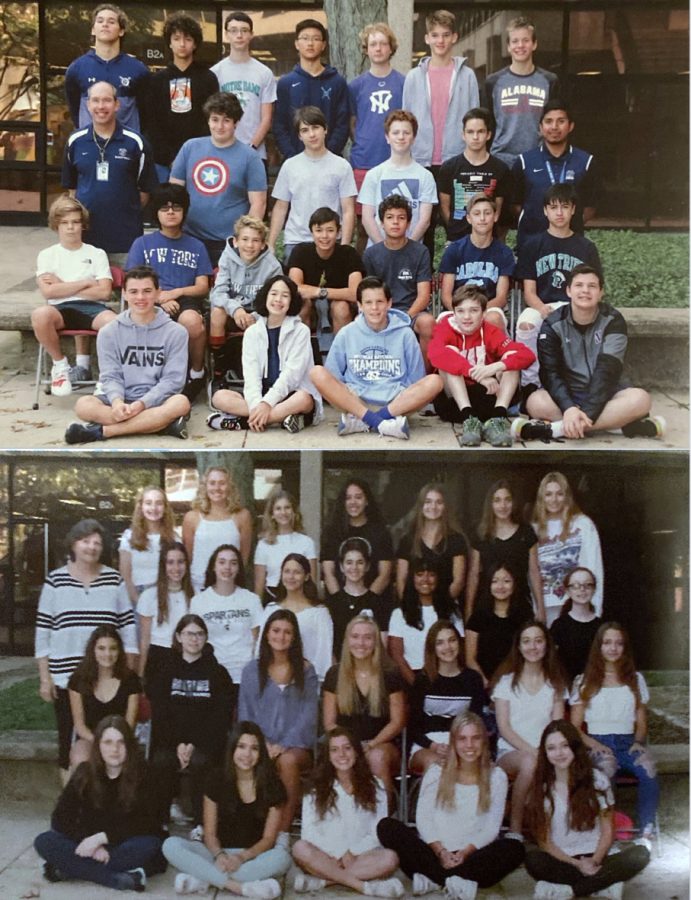 What is going on with the advisery system? Every year the way New Trier does things is called into question, like their rules for graduation attire or weighted vs. unweighted GPAs. The advisery system is no exception. Because adviseries are still gender-specific, many people think it is time to reform the system made almost one hundred years ago. Others say that the system works in its current state, so there is no need to change it. So let’s look into each school of thought.

Gender-specific advisories are what is in place today. Mr. Koulentes, the boys’ sophomore adviser chair, spoke of this as allowing a basis of connection. “[It helps make you comfortable] talking with someone of the same gender and talking with an adult who may understand your experiences growing up,” he said.

Some argue that teens are often more comfortable with peers of their same gender. But many dispute this. Those who believe in a gender-neutral environment frequently say this shouldn’t be a claim to stay separated. Just as many students say they are more comfortable with the opposite gender.

Having uncomfortable talks in advisories and communicating important lessons to kids that would typically not be discussed in core classes is a pride point of New Trier’s advisery system—being able to talk about self-esteem or sexual assault. Having a separation during these difficult conversations works because it allows people to share their stories without the fear of being judged. Mr. Koulentes observed a girls advisery when they talked about sexual assault/consent and “was impressed with the questions and the honesty that came out of [the conversation]… I have to believe that some of the kids in that room spoke up and said something without this fear of how a person of a different gender may view their question.”

Sophomore girls’ adviser chair, Ms. Smith, added, “I think tradition is huge, I don’t think it’s insurmountable, but it is a factor… Many parents want a similar experience for their students that they had.” Since we have had the system for almost 100 years, it is a tried and true way of operating. Both adviser chairs mentioned that many students in a survey said they wanted the system to remain unchanged because they wanted a similar experience to their alumni parents.

This form of advisery would see all advisories have no separation based on identities. The advocates of this possibility point out an undeniable fact, our world isn’t gender separated. For the most part, working and making connections with those who have different identities is a vital part of progressing through life. It isn’t realistic for students in high school to only have experiences talking about complex subjects every day with those of the same gender. Eventually, they are forced to connect with different gender identities in their adult life.

Sebastion Collins, a sophomore, said that having a gender-neutral system would make non-binary and transgender students more comfortable: “There wouldn’t be a large separation between the majority of the students being one gender, and having one fish out of water. I think it would make the whole system more friendly to non-cishet students.” He said a possible solution could be a “buddy system.” This would entail two advisories who spend the majority of time together as a “double advisery.” However, they could separate if needed.

Many students, including myself, were in shock when we learned that New Trier has gender-specific advisories. It was a strange change from our previous educational experience.

The system’s effects on LGBTQ+ students

Collins stated that the advisery system hurts him. He describes himself as “not quite a boy,” with the best label being gender-fluid. He is currently in a girls advisery, but says that he is very uncomfortable because he isn’t a girl. He is moving to a boys advisery next year. Still, he expressed concern because his fellow advisees may see him as a girl.

“The system is not inclusive because it forces students to come out to feel understood by their fellow advisees,” said sophomore Valerie Partida.

Both Collins and Partida are concerned about adviseries’ effects on LGBTQ+ students. Transgender and non-binary students have expressed discomfort with the advisory system overall. Gay and lesbian students might feel disconnected from conversations that their classmates and advisers have.

When talking with the adviser chairs, I asked them how non-binary students are incorporated into the system. “We have those students talk with us a lot and we are trying to work with them each individually to find what is best for them,” said Mr. Koulentes.

It seems the consensus is moving towards at least a reevaluation and re-thinking of how the system works and how we can make it so more students can have a better experience in the future. As adviser Dr. Heidkamp noted, “We need to think about who this isn’t working for.”